Guaranteed to catch fish! No fish no pay. 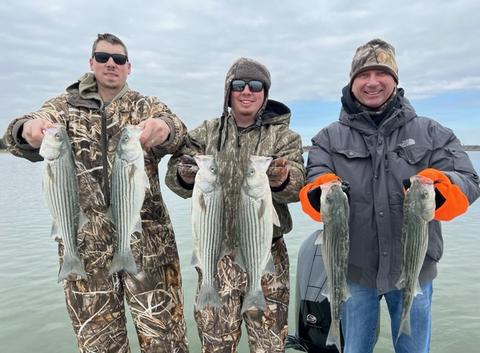 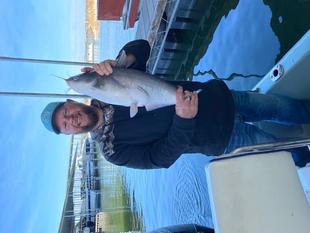 It was all catch and release today. These were kept alive for a photo and then released unharmed. 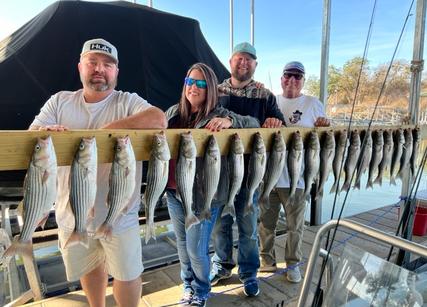 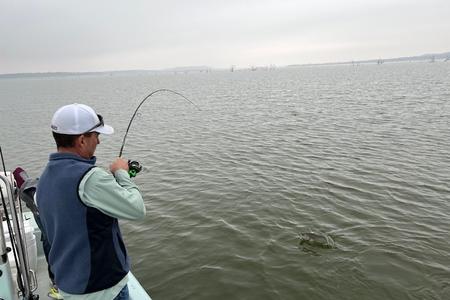 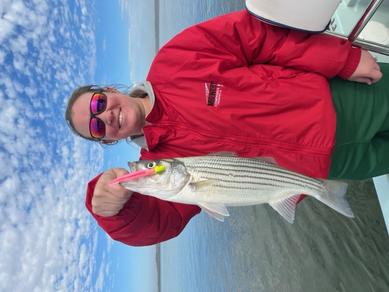 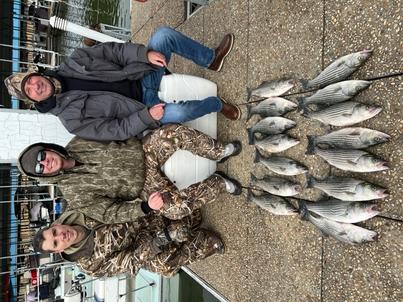 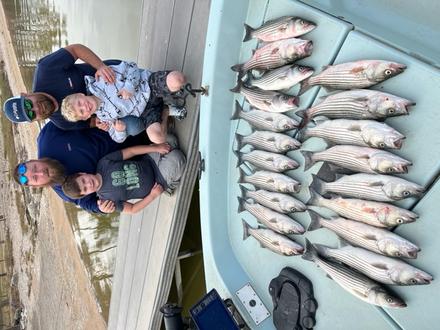 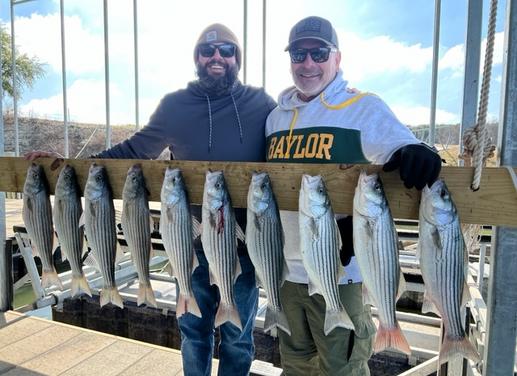 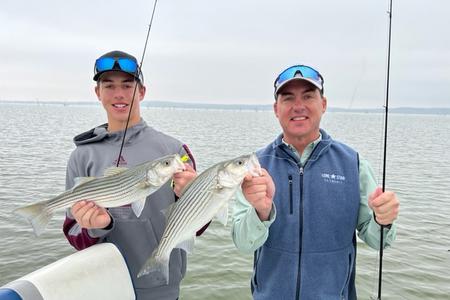 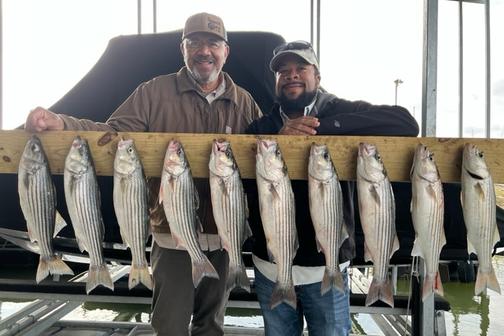 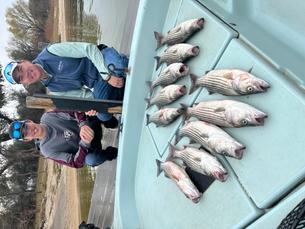 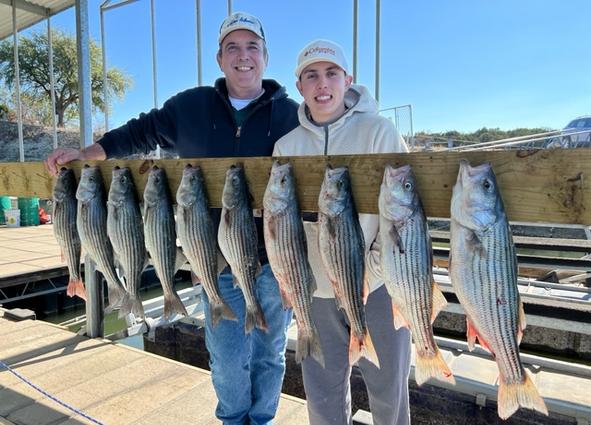 Currently the population of Striped Bass on lake Whitney is about as high as I have ever seen. Expect legal size Stripers to be from 18 to 22 inches throughout the remaining winter season. With the elevated numbers of Stripers competition among them will be fierce so I expect great action to persist. Most days we will be releasing way more Stripers than we are allowed to retain. We will be using jigs until around sometime in March. Look for some fantastic top water action to begin at that time where we will be using surface lures. 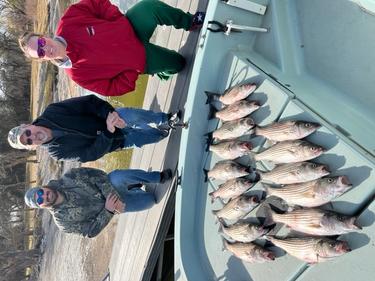 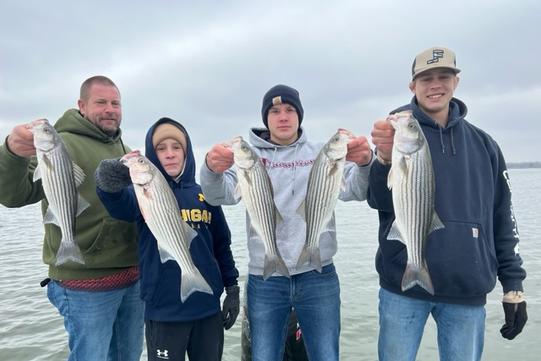 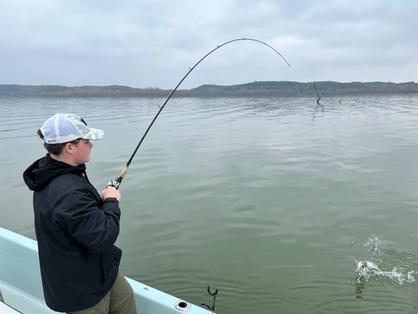 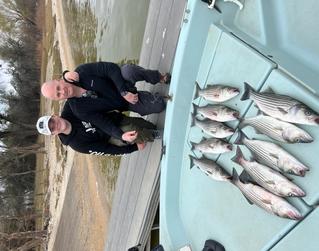