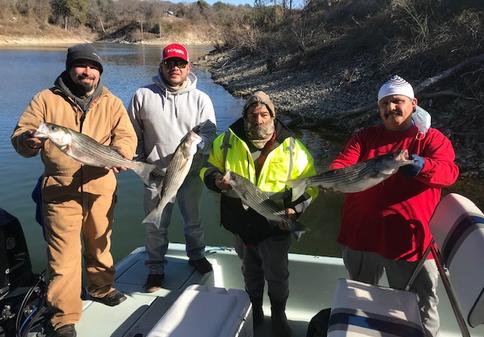 My buddy JJ celebrated his B-day on the lake today with me and John & Dillion. We Smacked the Stripes=== pretty good with around a hundred landed. With most of them just barely undersize we just could not pull together enough that measure 18 inches to make a legal limit but we managed to get enough for a fish grilling party. HAPPY BD JJ..... 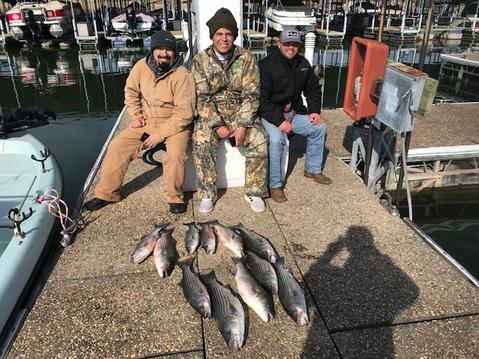 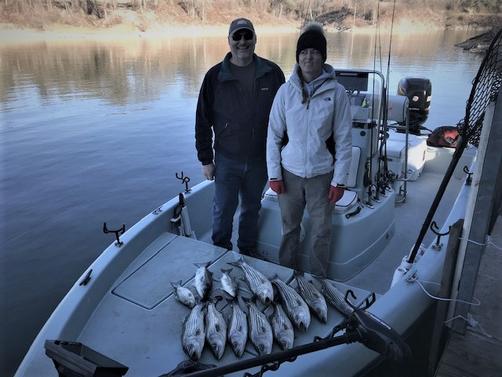 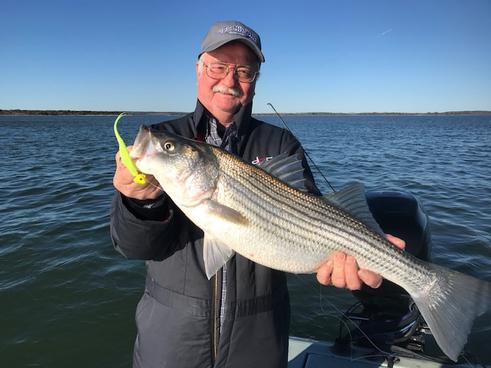 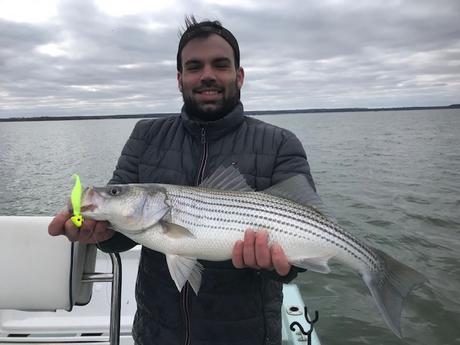 12/22/20 Winter has officially started although we have been in this winter pattern for a few weeks already. My buddies from Gatesville Seyla, Sam, Jackie & Than. We caught over 100 Stripers today but not enough legal size to keep a limit. But what a great time on our light tackle. 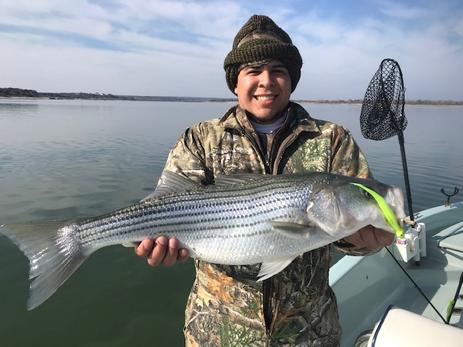 12/26/20 My buddies from Waco Mike, JJ, Ray &Julio, came down to fish today. We caught around 100 Stripers again today. We had several legal-size Stripers today some Whites and largemouth also but still not enough Stripers to limit us out. 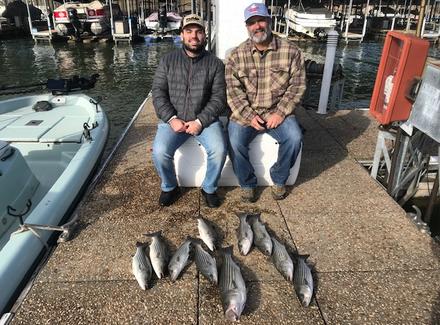 1/3/21 It was all catch and release today with Terry and Sharon Hoskins from Keene. We had to work for them a little today but we still caught lots of nice chunky Stripes. We released them all to catch again...

The Striper catchin action was steady today but nothing wild and crazy. We caught and released a lot of fish most of the ones we released were just barely under the legal to keep size. But what a great time! Ya gotta love the feel of that thump on a jig. Jeff and Jacob Saldua are ready for the fish fry.... 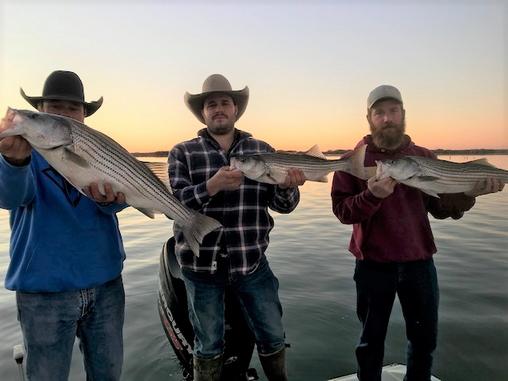 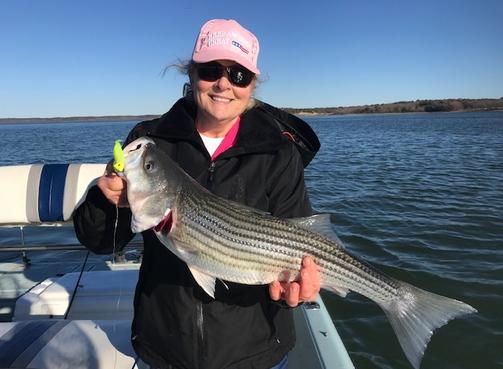 Guaranteed to catch fish! No fish no pay.

1/2/21 What a way to start out the new year! The Stripers fed like crazy. We put the serious hurt on them for a couple of hours straight today. With Ed and Amanda from Waxahachie. 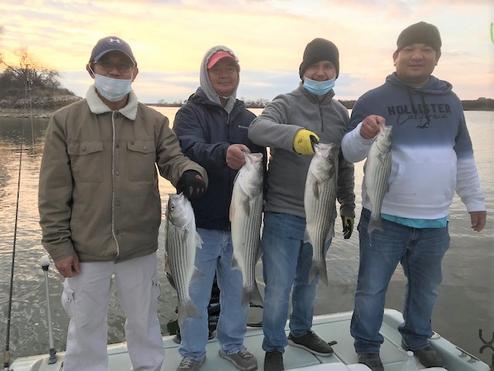 1/4/21 We had to work pretty hard for them the first part of the afternoon but it was steady with small Stripers and a few really nice ones. The last 40 minutes of the evening was great about every other cast we were pulling one in. We had several that were legal size but we released all except for two that made it to the grill. Matt, Tanner & Jeremiah. THANKS GUYS!