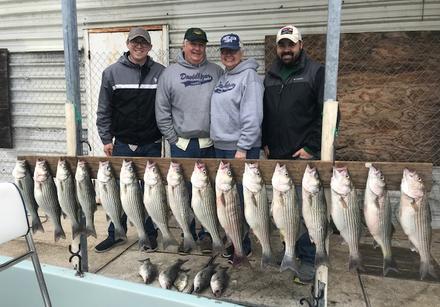 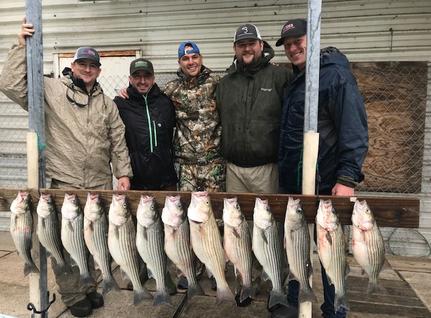 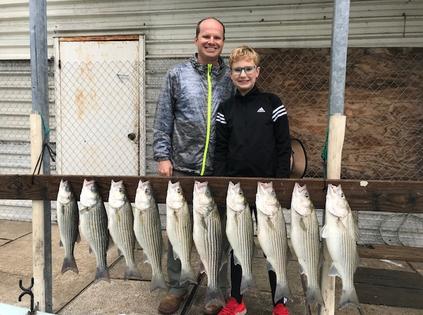 Dub, Ryan & Dillion Sabrsula celebrated all three of their birthdays' Striper fishing with me today. Dillion caught the first, largest and last today WTG Dillion !! It was fast a furious action. Happy Birthday All!! 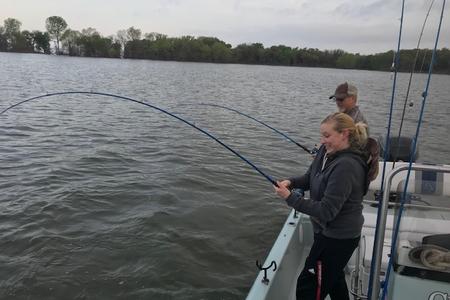 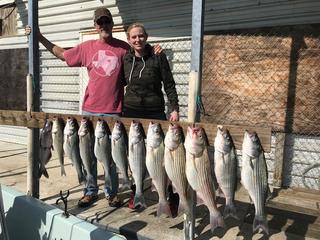 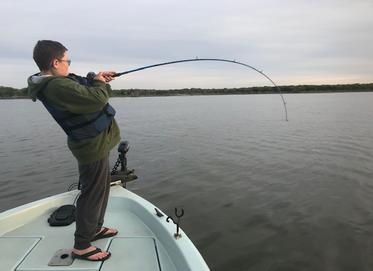 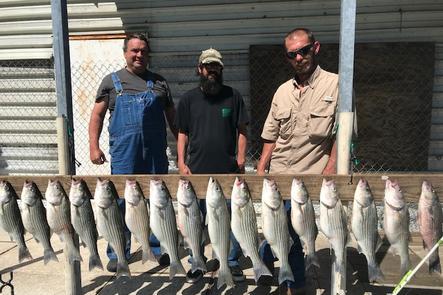 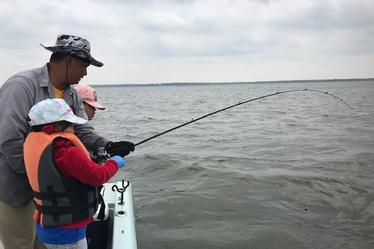 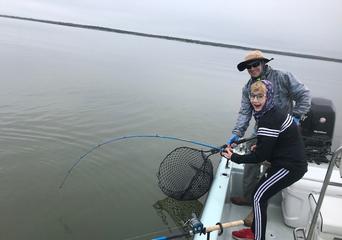 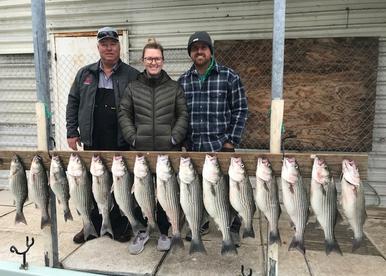 Seyla Kim & Family Molly, Kaylin, & Jilliana Catchin Stripes === for the grill. Everyone is here for the harvest and having a great time doing it.  Thanks guys...You all did great!

The second day of spring was still cold but the wind and rain had ceased. As soon as we left the marina we were immediately into a school of hungry Stripers feeding on the surface with many more just underneath them. We had our first 14 Stripers in about 45 minutes. All were caught on jigs. With Chance & Kayce Furr and dad Jackie. Thanks guys!! 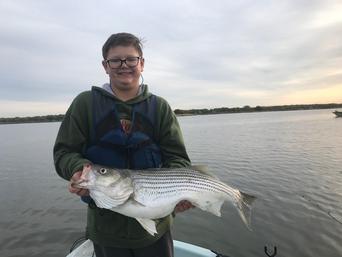 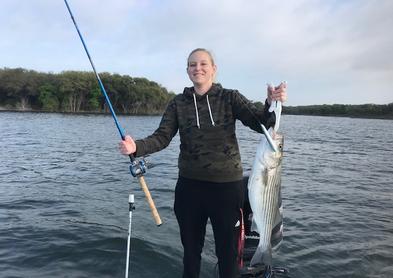 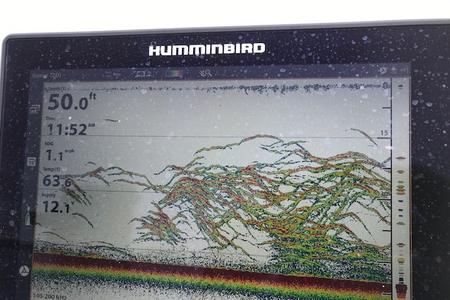 Brad and Branden Herbelin caught a limit of linesides for the grill. Happy 13th birthday Branden! 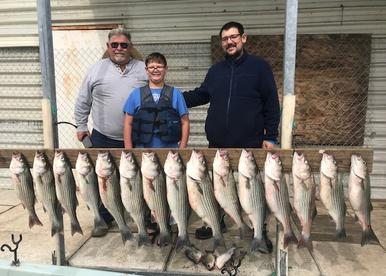 Catchin the stripes was easy this morning we had our limit in about 50 minutes. All were caught on live Shad. With John & Kathy Davidizar and friends Justin & Josh. Thanks guys!!

The first day of Spring brought a steady cold rain and 25 mph north winds but we endured.... at least for a little while. We did not max out but really were lucky to catch what we did. The Stripers were seriously fired up blowing Shad out of the water on the surface. It was just hard to stay on them. We caught them on live Shad, a jig and the Nichols Magnum spoon. Shon Davis and friends. THANKS GUYS!! 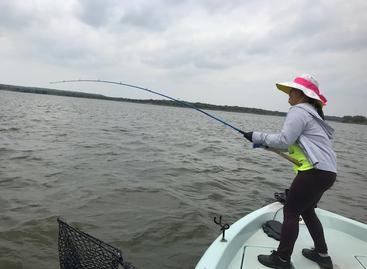 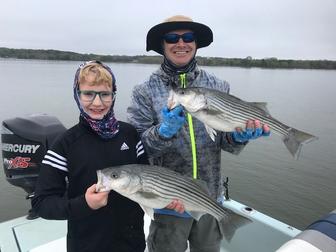 We had to go find them again today..it was a success! With Billy McElworth. Cecil & Chris. Thanks guys! All were caught on live Shad. 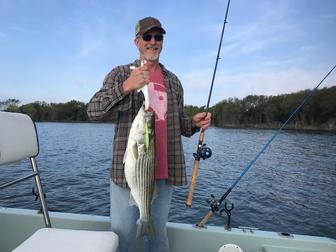 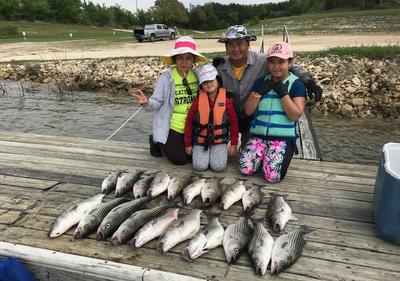 The photos say it all!!! Its time!! Travis and Madison Mott from FortWorth. The fish that we kept were caught on live Shad then we started throwing chuggers and stick baits. The larger fish were on the artificial baits and we had to through them back. What a great time! Thanks Guys!!