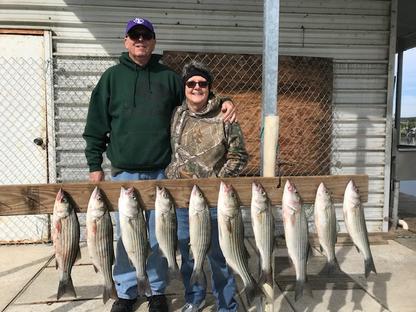 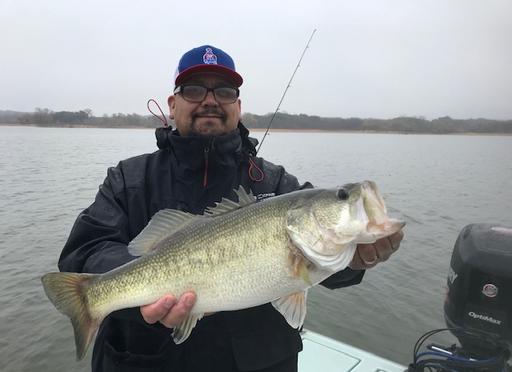 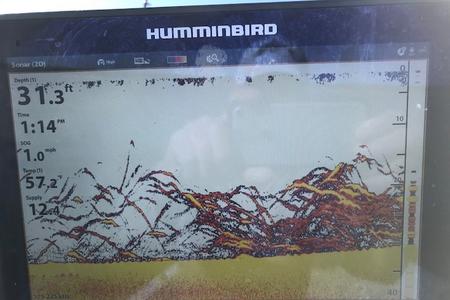 Seyla Kim brought a whole bunch of his friends with him to smack some Whitney stripes yesterday afternoon. Our supposed to be 68 degree day turned in to a very windy blue norther. The Stripers loved it! We caught our last nine fish in about five minutes. 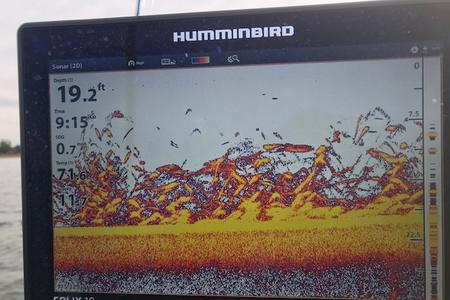 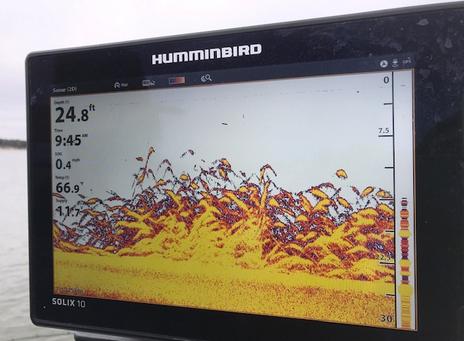 Jason and Eric Wikbert from Vail, Colorado are on a Texas adventure. 1st to Lampasas nailed 5 whitetail deer and one aoudad sheep. Next to Lake Whitney to fish with me for Striped Bass..SUCCESS. Next on to Del Rio for more whitetail deer hunting. Livin the life!! 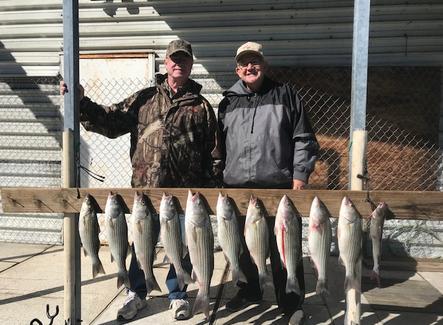 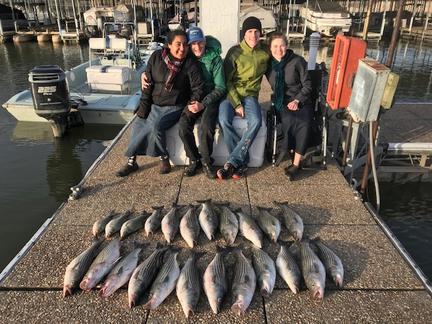 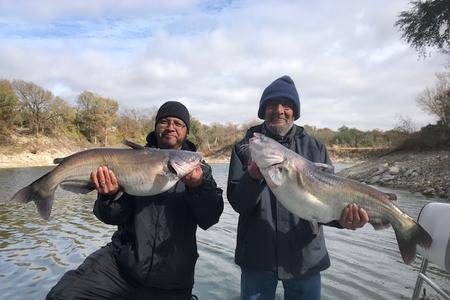 Darren McClary with Jeff and Conner Audirsch from Louisiana caught a mess of Stripers for the grill this morning. All were caught on live Shad.

Wack-in the Stripes = on jigs!! Gotta love this cool weather....The Stripers sure do! Eric McGinnis, Ty McGinnis, Clay Kisor, and Matt Kennedy from the DFW area. Thanks Guys! 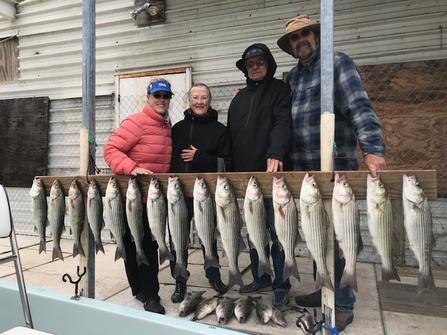 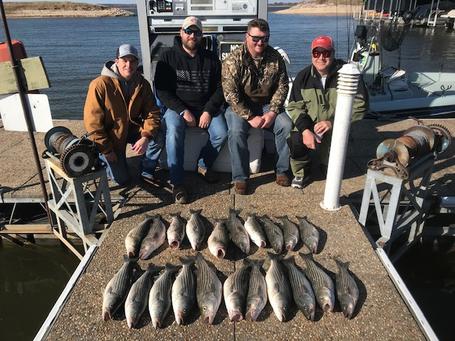 I called my good buddy Mike Dominguez and said the Stripes are hitting good. Well, they weren't. Not where we were anyhow. We did manage to pick up a few Stripes and big Sandies off the channel edges and Mike hooked into this nice largemouth. It fought like crazy more like a Striper than a Largemouth we didn't know what it was until it hit the net. WTG Mikey! We sent her back into the water to fight another day. 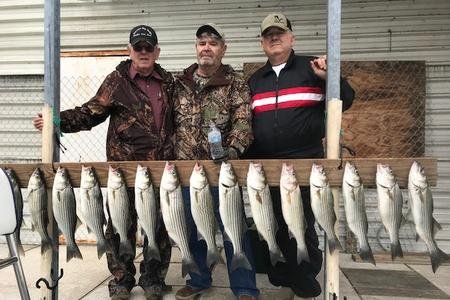 A cool blustery north wind is just what the Stripers are wanting. It will trigger them to feed like a bunch of hungry puppies. What a great time with Wendel, Ron, and John McPherson. Thanks, Guys!! 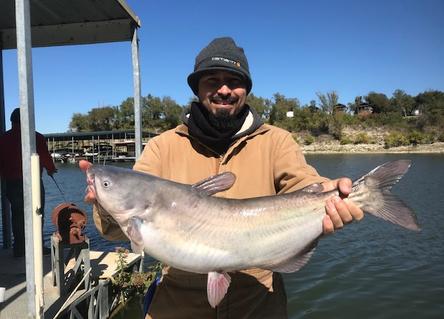 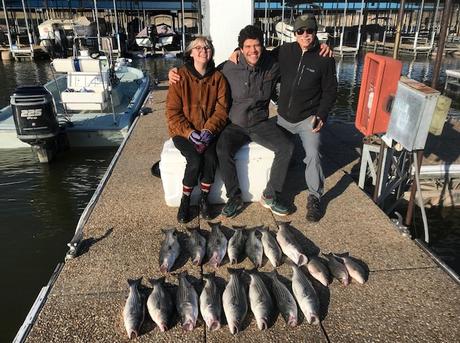 We had to work for them a little today but it was a success. Thanks guys....Mike Mayberry, Wes, and Bryan from Rio. 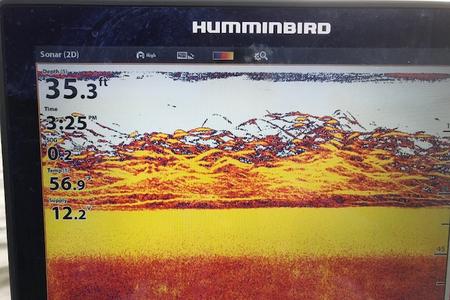 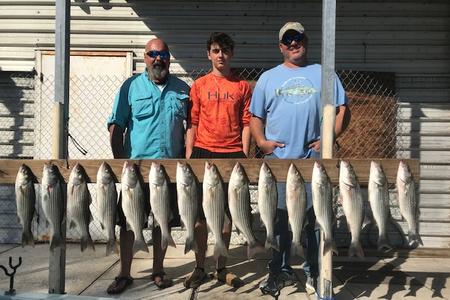 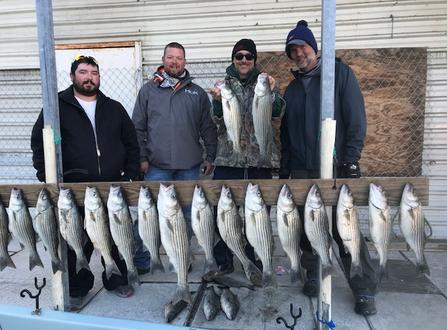 What a beautiful day on the lake. With Jeremiah Lozier, his Daughter Sydney, and father in law Ross Merger. Hope you had a great Birthday Jeremiah.

It was a fast and easy limit today with my buddies from Waco. Seyla Kim, Hong Leang, and Than Kit. What a great time. Thanks, guys!

You never know what you might pull up from the fish cleaning dock. This big-ole Blue Cat had a big slab of striper skin and rib cage in his belly from the Stripers I was cutting up. WTG JJ 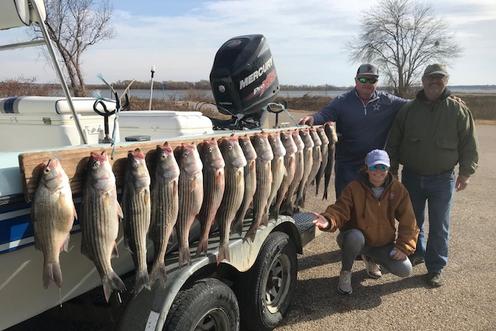 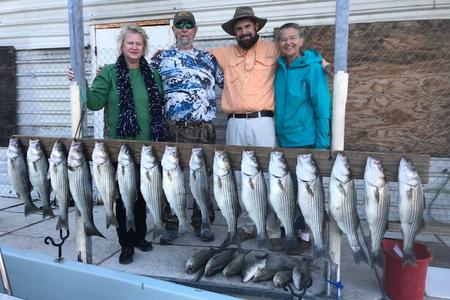 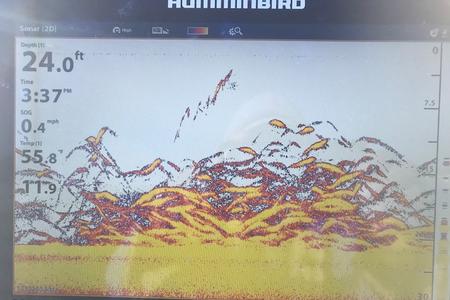 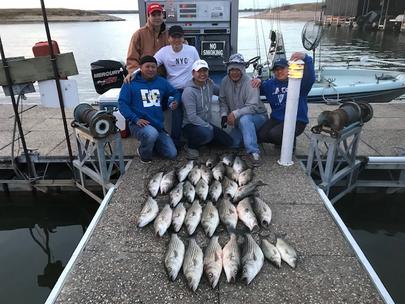 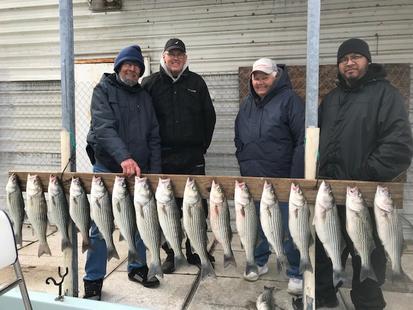 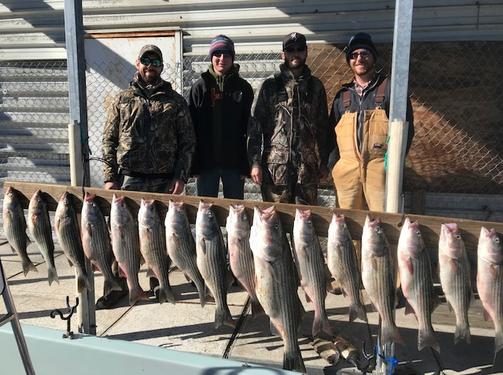 When your sonar reveals a massive school of Striped Bass under your boat such as this. HOLD ON! Cause your fish-en line is fix-in to get stretched. Ryan Snyder, Andy Erickson, Josh Barwick, and Travis Taylor Made quick work out of this school of feeding Stripers this morning. WTG Guys! 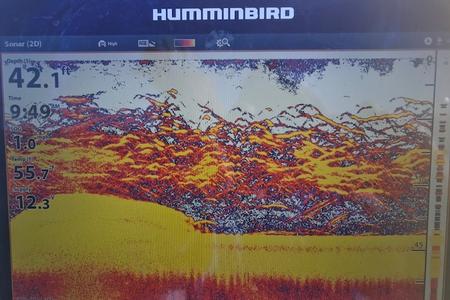 Mike Eslinger and RJ made a trip down from Colorado to go catch some Stripers with me and Greg Johnson & Arnie Hebler from Whitney. What a fun day with a great bunch of guys. Whitney is producing some great Big-ole Blue Cats. Mike caught his largest ever. WTG Mike....

The Stripers were all fired up today and feeding like crazy. Just what Simeon Adams, and Toni from Waco and Joe Biraghi, & Sonna Maryvill from Tennessee were looking for. What a great time!! Thanks guys!!

The Stripers are loving this cool weather!! We Smack-ed em good this morning on live Shad and jigs. With Jerry, Lani, Jim and Ageane Anderson from Houston. Thanks guys!! 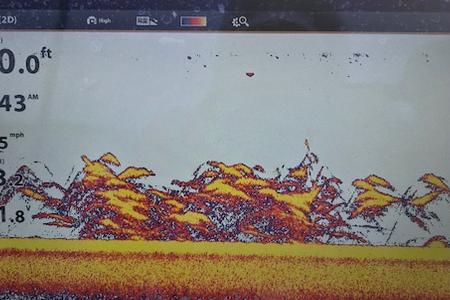 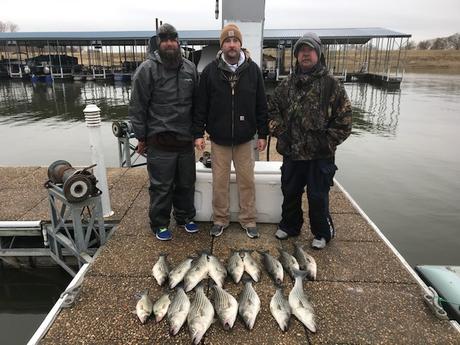 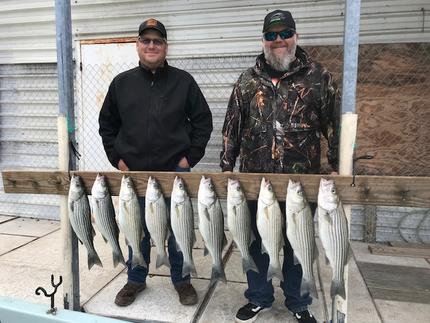 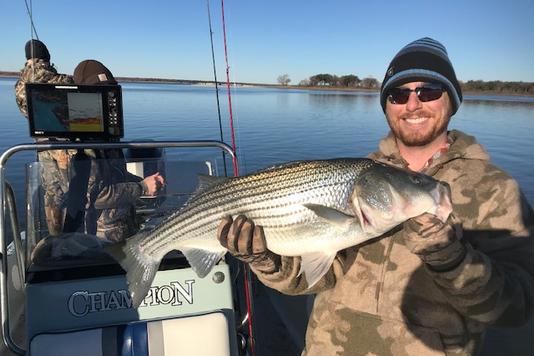 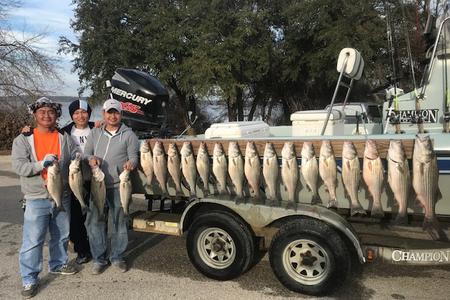 John and Liz Adams, and Johnathan & Della all from the Waco area caught a limit of chunky & feisty Stripers yesterday evening. The ladies said they were not really into the fishing thing like the guys are. But after our little adventure yesterday they both said they are definitely hooked now! Seeing the big grins on all their faces was priceless...What a great time we all had.

Wackin the stripes === on jigs and live Shad with Craig and Sue Dameron from Dublin. The water temps on the lake have fallen and the fishing is heating up big time!!

Stewart Kelly from Waco brought family Alma Ivanova (Nova) and Maurice Fernandez visiting from Connecticut fishing yesterday afternoon. It was Novas and Maurices first time ever to catch a fish. It was a success. WTG Guys! You did great.

We had to work for them today but we managed to get a limit plus a few throwbacks. Great day fishin with a couple of great guys! Rob and Chuck. All were caught on live Shad.